So I’m still stuck in the indoor rut.

In a way it’s good, I’m riding inside, which means I’m riding.  But I’m still not riding outside.  Somewhere between still being exhausted from getting well and training AND needing to get to various shop tasks I’m basically stuck in a place where I have very little in the way of motivation to get the ‘cross bike running in winter mode.

That is until I stumbled upon these gems.

First up is an fb pic from current World Marathon Champ Jaroslav Kulhavy from his island training trip in Calpe, Spain.  What’s interesting to me is that he’s on a Crux rather than a Tarmac or other more road-ish bike for this trip.  Presumably there are awesome roads there and one would want a pure road bike to enjoy them, but perhaps Jaro is a fan of versatility.   His Crux is setup in a decidedly non-’cross-ish arrangement which means it’s much better suited to real road riding rather than making concessions for slow speed handling and the like.  Note that it still has proper road chainrings up front. 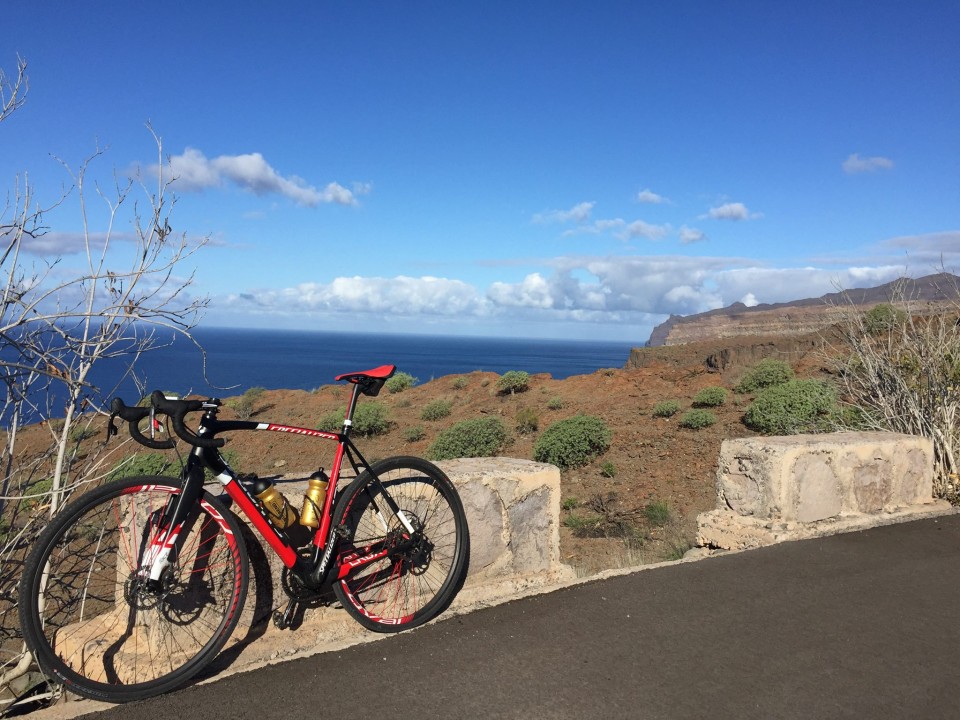 In a similar vein is the Seattle-made 333 Fab winter & gravel bike as featured on their website.  I’d sort of forgotten about these guys as they’re under the radar, but this is a very cool setup and features the ever popular Ultegra Di2.  Spinney is likely to get that drivetrain on his new race bike so I’ll get a chance to tinker with it first hand, but this seems to be the go-to drivetrain for many ‘cross and gravel bikes.  This particular bike features a 7-Eleven inspired paint scheme similar to what you’d see from Hampsten. 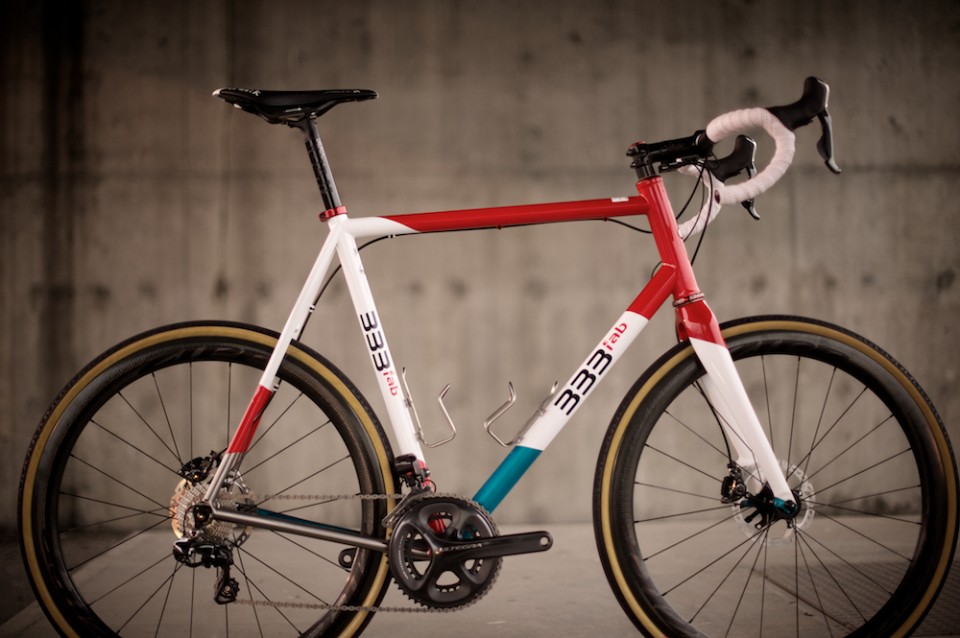 Damn that’s sharp.  Not sure on whether the wheels are tubulars or clinchers and the tires look like Challenge file treads.  The pic below shows the tire label centered over the valve stem which makes me think it’s a clincher (as tubulars are often printed completely offset from the valve or somewhere completely haphazard). 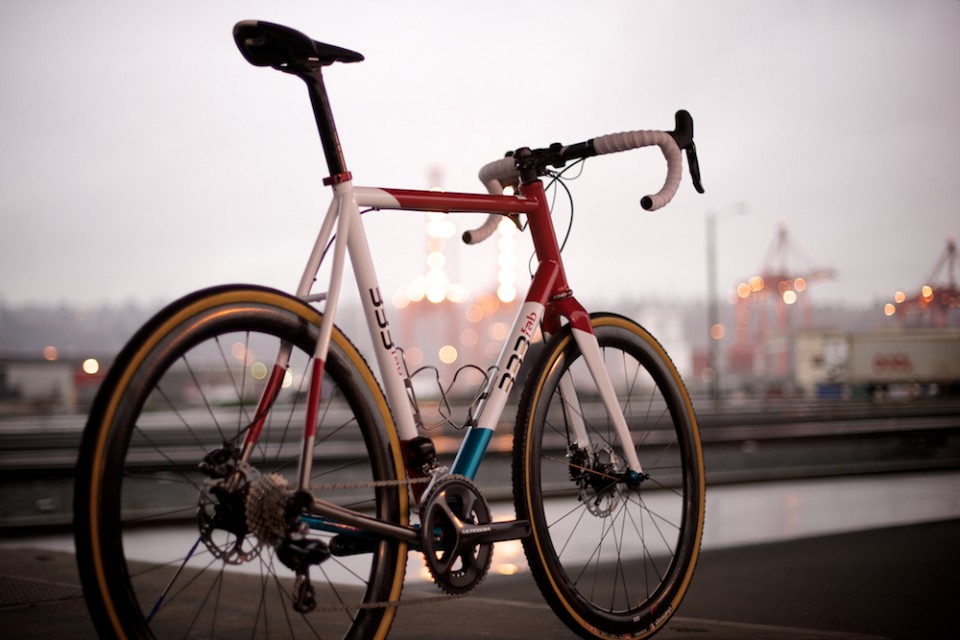 And again.  Hate to see you go but love to watch you leave.  And it’s ti which you can tell from the barely exposed dropouts and chainstays.

Last up is the somewhat unlikely ’92 Mongoose IBOC.  It looks to be anodized and features Yeti-esque looped stays, full XTR drivetrain, Syncros post, Turbo saddle, and an Answer ATAC stem.  Full-on vintage and awesome, though I would ride it mainly as a commuter as the performance is likely also retro (read: there’s a reason you don’t still see these at the trailhead).  It’s also likely USA-made based on its age. 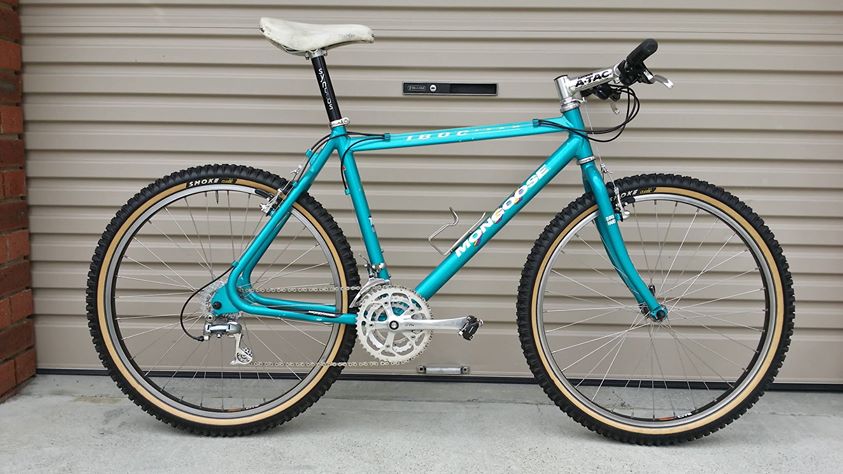 Maybe I’ll get the cross/winter/necessary bike back to a double today and be able to ride it this weekend.  Maybe this will be the motivation to do it.

Maybe I should get out and ride.

Maybe you should, too.