An Ode to the Shop Vac 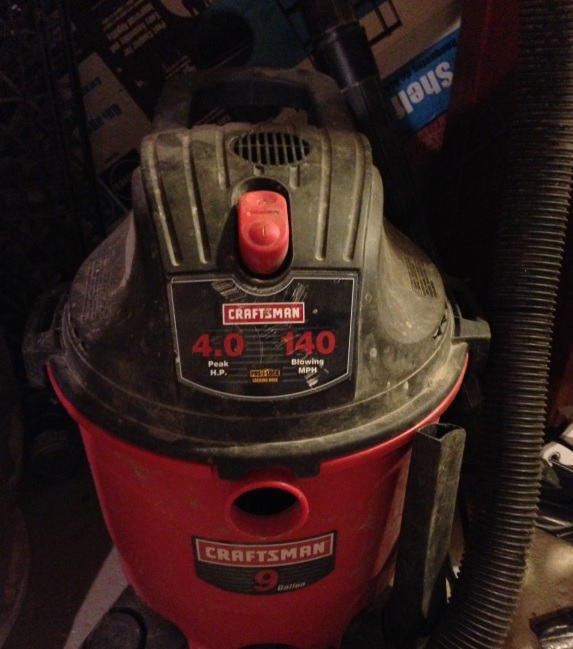 Generally I hate cleaning, and I find vacuums to be clunky, worthless, and frustrating.

We have two household vacuums- our shitty one died, and the second is borrowed.  It too, is a piece of shit.  So with a less-than-appealing dirt pusher and a non-functioning dirt pusher at my disposal I’ve set my bias toward the time-tested broom.  Simple, lightweight, and effective most of the time.  Like all hand tools it always starts, as I like to say.

The problem with the broom is that’s not really good on mixed surfaces, and really it just pushes dirt & dust around.  You know, like both vacuums in the house.  So after amassing a great deal of sawdust downstairs I figured it was time to get a new filter for the wet/dry vac that lives in the basement.

The same wet/dry vac that was submerged for almost three days during the flood, and the same one that could have gotten me electrocuted.  But didn’t.  And it didn’t because in spite of being submerged for so long it was barely wiped off and upright before it was plugged in and put back into service.

So after all of that I threw a new filter, turned it on, and cleaned the entire basement with 4 hp of suction in 5 minutes.  Yeah.  It fucking worked.

It went so well I contemplated how I could rig up some attachment for really cleaning the carpet.