Let me start by saying I’m not very photogenic.

A few months ago David Laskey mentioned he wanted to setup a photo shoot of me riding.  Cool.  I needed some promotional images, and Dave wanted to get some more practice shooting action shots.

Dave and I are on parallel tracks.  While he’s honing his photography game in hopes of making the jump to being a professional I’m out riding trying to do the same on the mountain bike, so this was one of those rare case where we’re each doing a favor for each other at the same time.

Over the summer we tried a couple times to align our schedules but couldn’t, so after Dave reminded me of his intention to make this happen I suggested meeting up last weekend.  Carrie was headed to race in Lowell’s Shedd Park (I know, I know, why would anyone ever go to Lowell for anything, but the course was cool and the race was well run) so I suggested she could have a directeur sportif if she would be willing to hang out for a couple hours while Dave got some photos of me riding in circles.

Carrie’s race went well and in spite of a couple of minor crashes she finished 15th in a field of 70+ Cat 3/4 women, as a Cat 4.  Once she had cooled down I stuffed her bike back into the car and headed to the Lynn Woods Reservation for the shoot.

Dave had a metric ton of gear to set up including a super high powered flash and battery pack.  I’m not sure how much of that he used to get the photos you see below, but I can tell you it was heavy.

Fortunately Dave has some photographic chops, and the results are downright awesome. 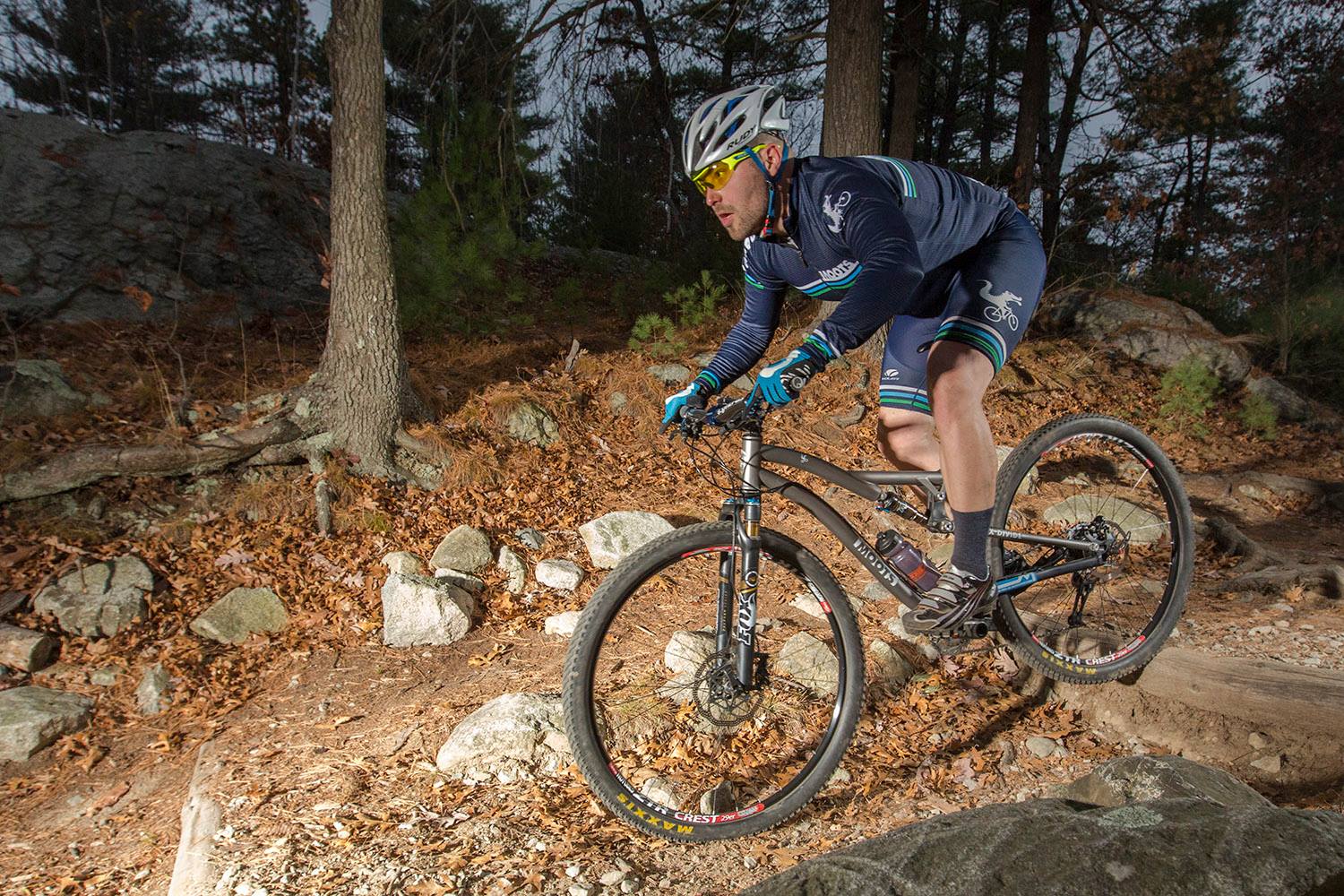 This one he got on the first attempt. 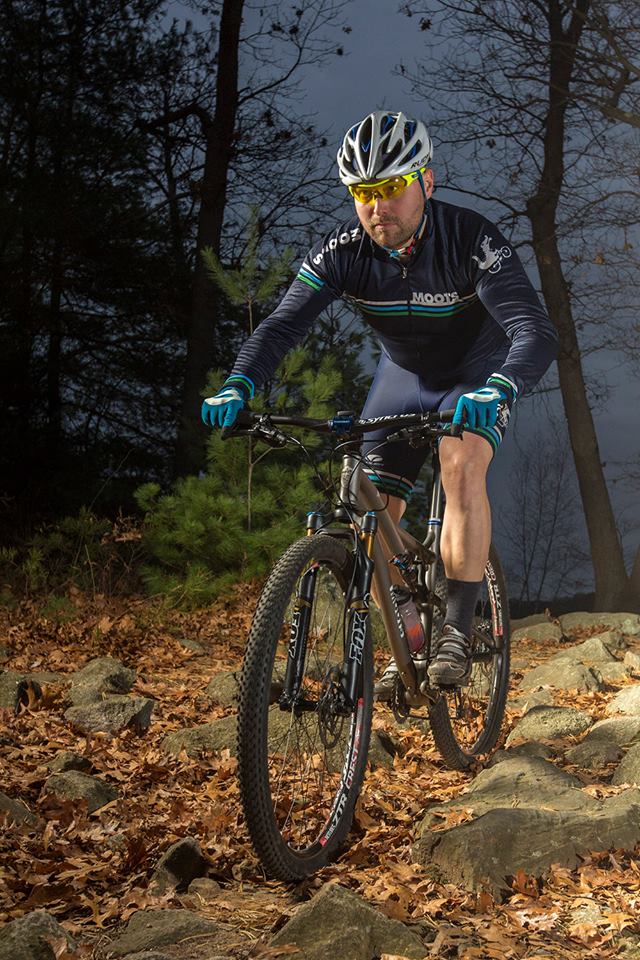 So now I have some pretty sweet shots that I can use for shameless self-promotion.